The film of a play performed by the Yike artist of the Fine Arts School deals with the French protectorate area in Cambodia.
Poor villagers became more and more vulnerable due to heavy taxes applied by French administration. There were a brave protest against the French rules in a village of Kompong Chhnang, where a French resident
Bades were killed in April 18th, 1925. 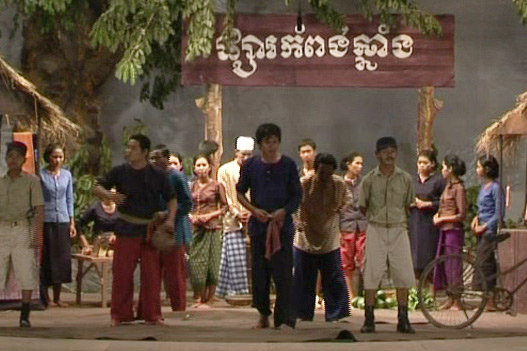