Holding a prominent position in the Bophana Center’s productions are the documentaries directed by young Cambodians trained in-house. These documentaries were nominated and awarded in many international festivals, including Sundance, DocHouse, FIFDH, Aljazeera International Documentary Film Festival, etc. They have all contributed to enhance the center’s reputation worldwide. Red Wedding in particular was awarded best medium-length documentary at the International Documentary Film Festival (IDFA) in 2012.

Other Films and Broadcasting Productions

Cambodian and international professionals conduct practical workshops to train future technicians and film directors. Once the training is completed, we invite them to participate in our in-house film productions to improve their professional skills. The Bophana Center therefore helps structure and professionalize Cambodia’s film and broadcasting industry.

The Bophana Center Production also aims at generating income and ensuring the sustainability of our activities. By offering a range of quality services (including production, shooting materials rental, and post-production) as well as skilled professionals, our studio addresses a specific need in the industry. 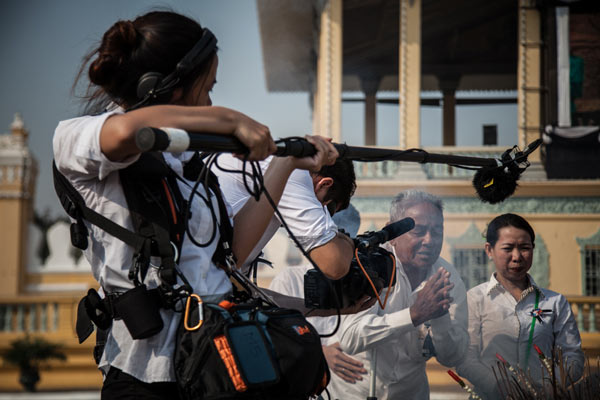 Our productions help to revive Cambodia’s musical and radio heritage. Our first musical project was called “Street Melodies”. We recorded street performers, while Cambodia was undergoing major transformation. “Cambodian Forgotten Songs”, which was published in several volumes, was produced following the discovery of an old version published in France in the early twentieth century. We invited experts and Cambodian musicians to resuscitate these old tunes. With “Back to Rock”, we gave new life to Khmer rock songs from the 1960-70s. Jacques Brunet’s recordings also allowed us to present the “Reamker”, which at the time was told by famous Ta Krut... Thanks to all the records we produce and distribute throughout the country, our Cambodian heritage reappeared on the radio, in the countryside, or during traditional festivals.