Cambodia has a rich oral literature that is not well known today by the general public. During the 1960’s, considered to embody the golden age of Cambodia, this literature was immensely popular. Madame Pich Sâl painstakingly collected innumerable stories and legends in great detail which were published in nine volumes by the Buddhist Institute, and storytellers specialized in the recitation, on demand and in public, a Khmer version of the Indian epic, the Ramayana, written by the poet Valmiki. In addition to the Ta Krut, recorded here, the Ta Chak should also be remembered. It was published in written form by François Bizot in the early 1970’s. In addition, it should be pointed out that the written, scholarly version is studied today in Cambodian high schools.

The recordings featured on this CD are those of a storyteller who is a native of Skoun and called himseft “Ta Krut” or “Neay Maha Krut”. His exceptional talent made him the most famous storyteller in the country. These recordings of the Reamker recited by Ta Krut are, as far as we know, the only documents of this type that have been preserved. They were done in two very different situations. One part was recorded around 1965 in the studios of Radio diffusion Nationale Khmère. Ta Krut held a recitation session there, and Jacques Brunet was able to preserve a copy. The second part of the recordings was done at Jacques Brunet’s request, in 1968, outdoors and in public, in the village of Rokakong. Jacques Brunet then wanted to compare the two versions. This method of proceeding explains the very different sound ambiances between the studio version and the public version. This record of Ta Krut has been restored by Bophana Audiovisual Resource Center with the advice of Professor Alain Daniel and the support of UNESCO and Cambodian National Comission for UNESCO in 2012.

This archive is a part of the Cambodian audiovisual heritage and included in the UNESCO's list Memory of the World in 2014. 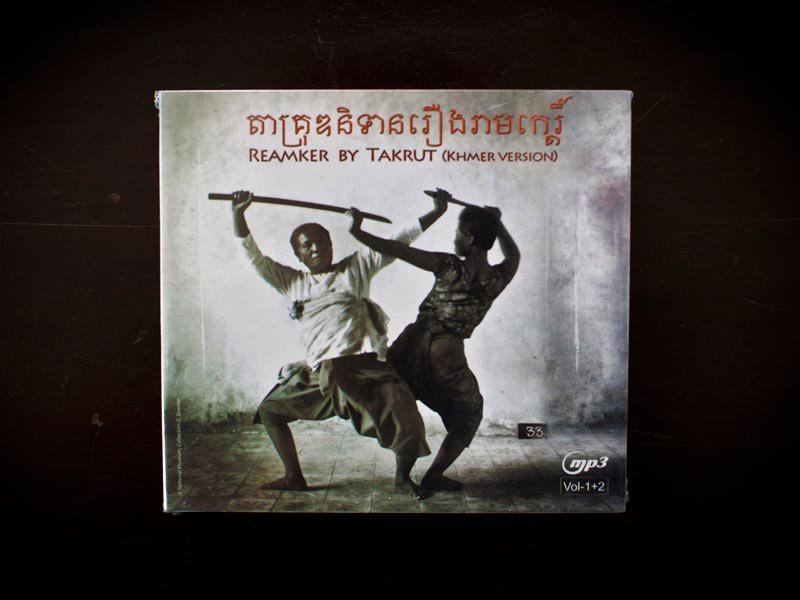