Down this Road is the first feature film from Sambath, which was
premiered at the 2014 Cambodia International Film Festival, where he
received the CIFF Talent Awards. The story is about three young women
who learn that they have the power to transform conflicts between
themselves and their past, through true friendship and music.
Graduated from the Department of Media and Communication, Sambath
joined BBC Media Action in 2010, as a radio producer and moved in 2011
to the TV department as a producer and director on the popular TV
series Loy 9. He has also worked on short film to gain experience as
cinematographer. His short screenplay, THE RETURN, was selected for
the Asian Film Academy at the Busan Film Festival 2014. 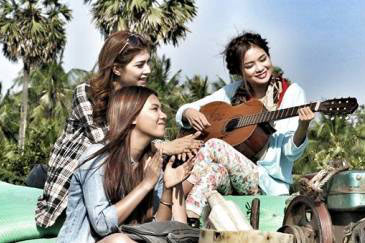