Mr. Chhour Nim was a Lon Nol-era soldier who went to Vietnam for training. After the Khmer Rouge victory, he stopped being a soldier and became ordinary. He was considered a New People by the Khmer Rouge and was ordered to climb palm trees, plow fields and cut leaves. He was also mobilized by the Khmer Rouge when the Vietnamese army came to liberate the country, but he refused to go so he could survive. He later joined the K5 in 1985. 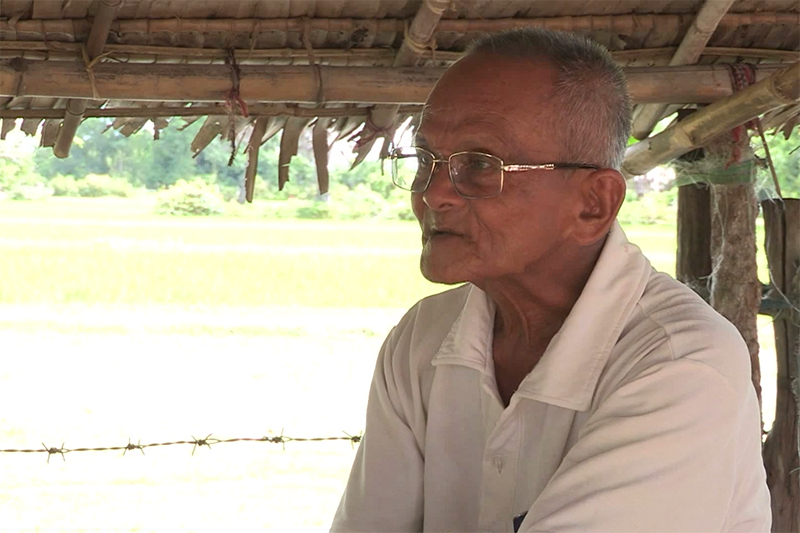