Opening reception on 19th of July

The Czech Republic and the Kingdom of Cambodia maintained diplomatic relations for 66 years. Both Czechoslovakia and later Czechia provided the development cooperation to Cambodia, part of which have been governmental scholarship. The first Cambodian students arrived to study to Czechoslovakia in 1981. Over the course of more than 4 decades, almost 400 alumni graduated from Czechoslovak and Czech universities and consequently contributed significantly to the development of modern and prosperous Kingdom of Cambodia. All of this was decisively encouraged by a successful stay of H. M. Norodom Sihamoni, king of Cambodia, in Prague, where he studied between 1962 and 1975 and became the most prominent “Czech” student worldwide.

In 2010, Cambodian become one of the 10 partner countries for development cooperation selected by the Czech government, which has created new opportunities for collaboration in the field of health and education. The partnership was reinforced by bilateral program for development cooperation from 2018 to 2023. New program for following period is already under preparation.

Through this exhibition, the Embassy of the Czech Republic intends to commemorate the longstanding cooperation with Cambodia and to share the best practices from the Czech portfolio of development projects.  Part of the exhibition is devoted to the history and present of the relations of both countries characterized by dynamism and friendship, which the visitors will experience throughout the venue.

The opening ceremony of the exhibition will take place at the Bophana Audiovisual Resource Center on 19 July 2022 at 5.30 pm under the attendance H.E. Yuok Ngoy, Secretary of State, Ministry of Education, Youth and Sports of the Kingdom of Cambodia. The exhibition will remain at the venue until 1st August 2022, free admission.

EMBASSY OF THE CZECH REPUBLIC 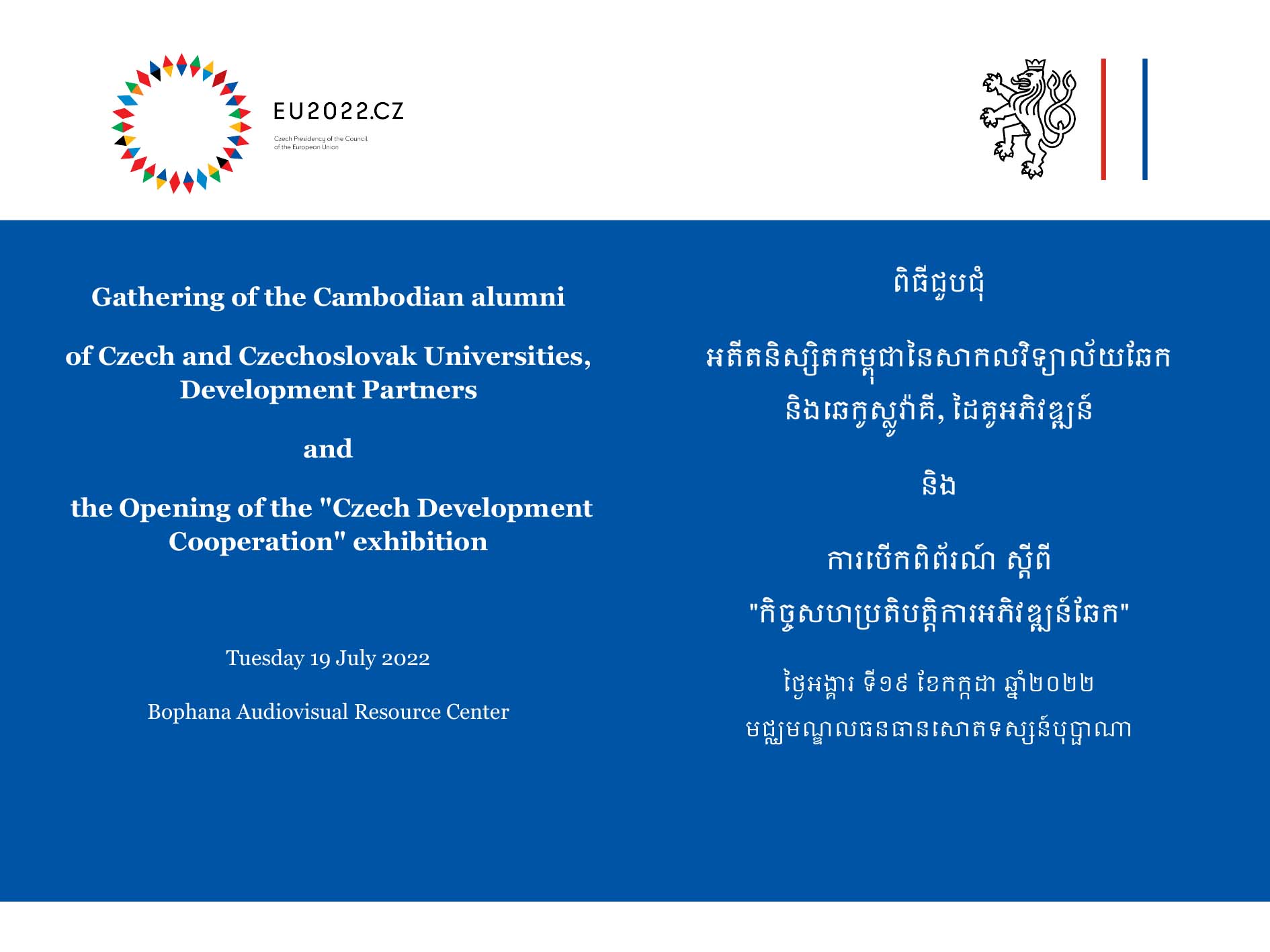