Mrs. Yuos Yin lives in Svay Rieng province. In the Lon Nol era, she and her family had to flee from the bombing, and during the Khmer Rouge, he was the head of the children unit. Later, she joined the mobile unit working on the dirt piling up and digging canals. She was very hard working at the time, and she was not well fed, unlike the army chiefs or cadres, who were well fed. 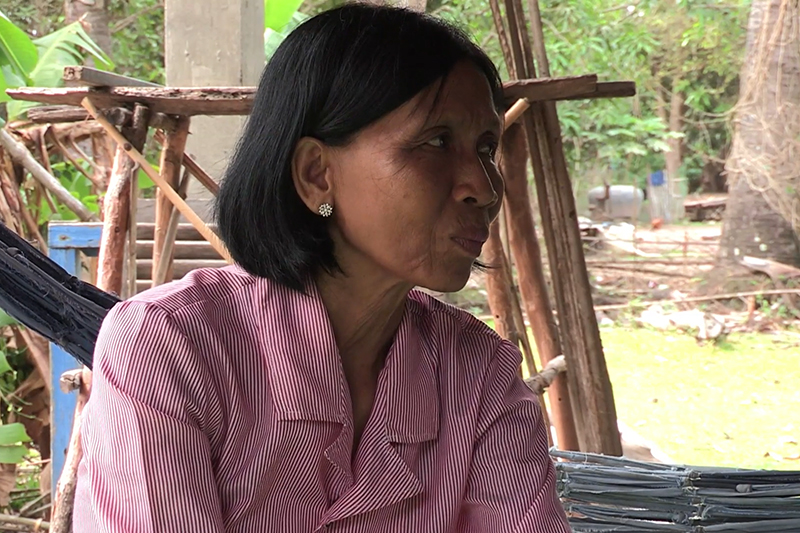