Mr. Meas Hay was a young man studying at a pagoda in Svay Rieng province. Later, Svay Rieng province was occupied by the liberation army, so he no longer learned and he forced himself to join the Khmer Rouge. He later participated in several battles, and one day, he was injured and sent to Phnom Penh. He saw some scenes in Phnom Penh at that time. 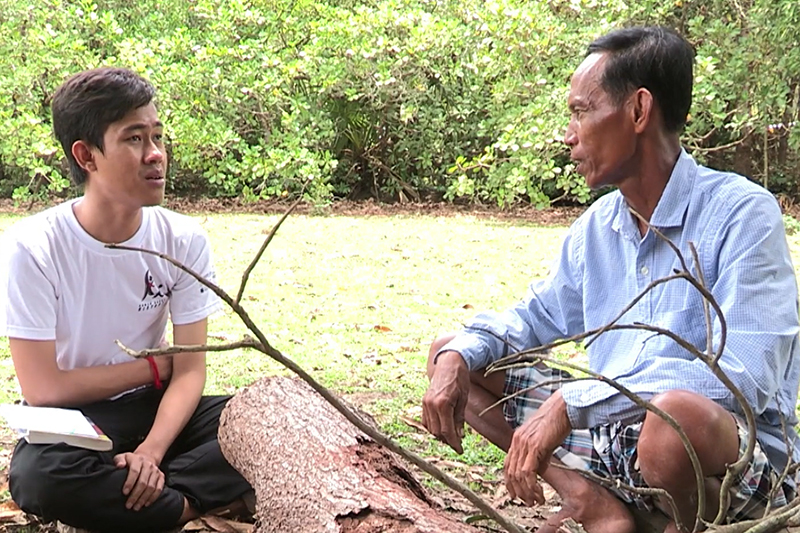