Mrs. Yiev Thieng was about 15-16 in the Khmer Rouge regime, and she joined the art group of Kroch Chhmar district. During the Khmer Rouge era, she was separated from her parents to study art techniques in the district and later became a trainer. While performing, she must have said what she was told. Besides working as an artist, she also dug canals like other people, and she helped many new people who had been evacuated to her area. 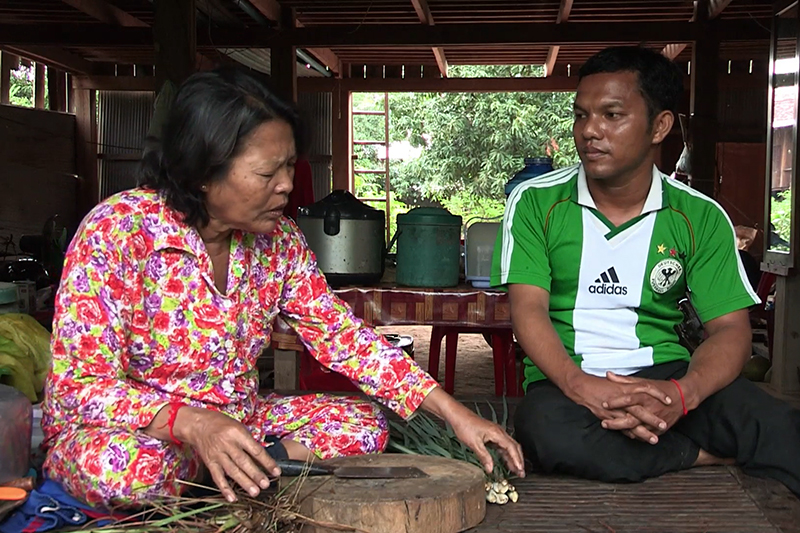