Mr. Sim Ponleu reunited with the Khmer Rouge’s national liberation movement. At that time, he worked in a department called Khor Vor Sor (The Cultural Propaganda of the District), where he played cassette tapes announcing the work of the front-line and back-line battle. Later, he became a printer of documents for people to understand the front-line and back-line battle. He also learned art techniques and became an art trainer in his district. 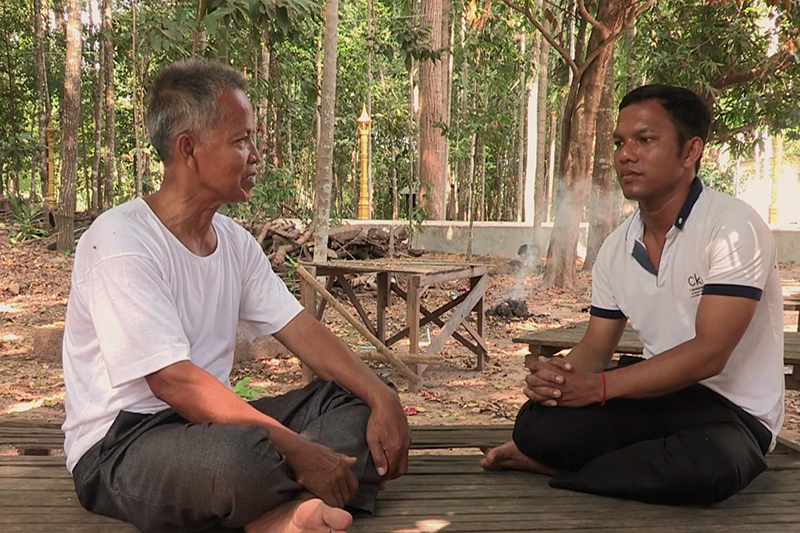