Photographs by Jean Boulbet
From January 28 to February 13, 2021, at the Bophana Center (Free admission)

In March 1970, the Americans bombed northern Cambodia in order to destroy the Vietnamese communists taking shelter there. The large white banners which could be seen from the airplane were put there by UNESCO to prevent the Angkor site from being bombed. As a result, for around a year and a half, people took shelter in the main temples. For over five centuries, no one had lived at the Angkor sites.

Measuring the exceptional and almost anachronistic character of this situation, Jean Boulbet, a map-maker for the French School of the Far East (EFEO), photographed and wrote about the daily activities of the new inhabitants in this historical site.

“Beneath the Shadow of Angkor” displays 7 of 37 Jean Boulbet’s photographs in 1970 showing the daily lives of the refugees camping in the main temples of Angkor.

The public is able to visit the exhibition with at least 2m physical distancing rule. Also, wear a mask, clean your hands. We’re very much thankful for your cooperation to prevent COVID-19.

Source of image on the right: Temples d’Angkor, produced by Pierre Dumayet, 1970 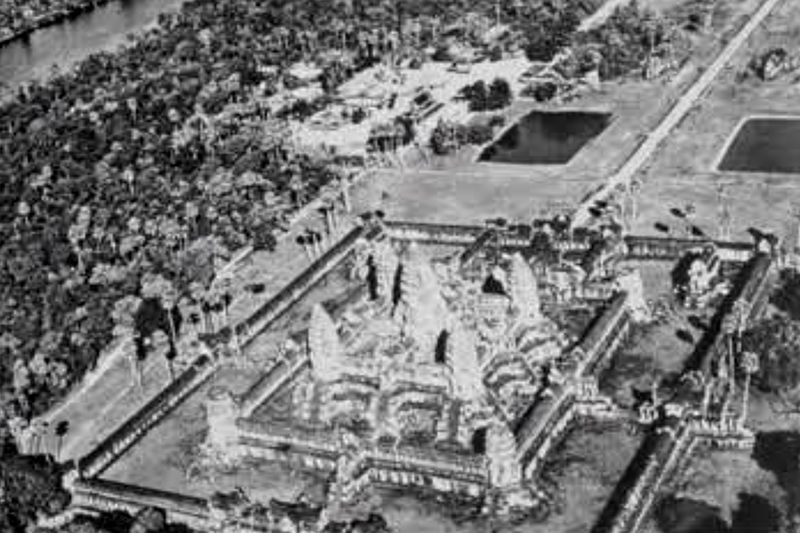