Between 1953 to 1975, Cambodian scholars shaped the public understanding on a variety of subjects through their publications, either on the pages of state-owned newspapers, magazines and textbooks, or on local private printing presses. Broadly covering Cambodia’s history since the early centuries, their historical themes touched upon major issues including the origins of Khmer state, the Angkor civilization, and the period of decline.
The ways that the ruling elites selected and interpreted historical themes of the nation do not only give meanings to these historical topics, but also it reflects their thoughts and activities in their contemporary contexts. Since there have been overlooked at post-independence Cambodian historical writings so far, the primary purpose of this study is to explore the products of history writing of the two regimes, the Sangkum (1953-1970) and the Khmer Republic (1970-1975).

Mr. Theara Thun received a Bachelor’s Degree in History from the Royal University of Phnom Penh, Cambodia and later pursued an M.A. in South East Asian Studies at Chulalongkorn University, Thailand (Rockfeller Scholarship). Returning to Cambodia in July 2011, he was recruited as a lecturer in the Department of History of the Royal University of Phnom Penh. A recipient of the Harvard Yenching Institute-National University of Singapore Joint Doctoral Scholarship, his research interests include the cultural and intellectual history of mainland Southeast Asia. 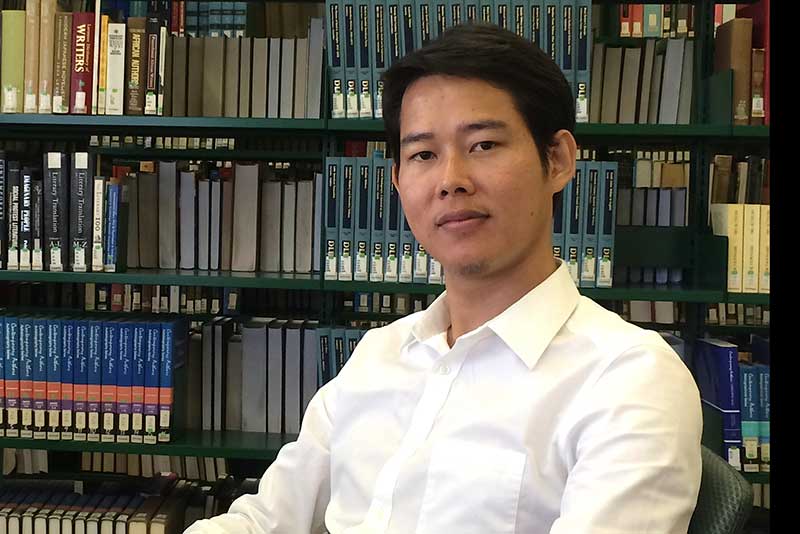