Modern Times portrays Chaplin as a factory worker employed on an assembly line where he screws nuts, repeating the same mechanical gesture. There, he is subjected to such indignities as being force-fed by a malfunctioning feeding machine. He finally suffers a nervous breakdown and runs amok, throwing the factory into chaos. Victim of a temporary insanity crisis, the poor man starts to screw everything that looks like a nut, even the buttons on the front of the dress of a lady who is passing by. He is sent to a psychiatric hospital. Following his recovery, he is mistakenly arrested as the instigator of a protest demonstration. He is then thrown into prison. 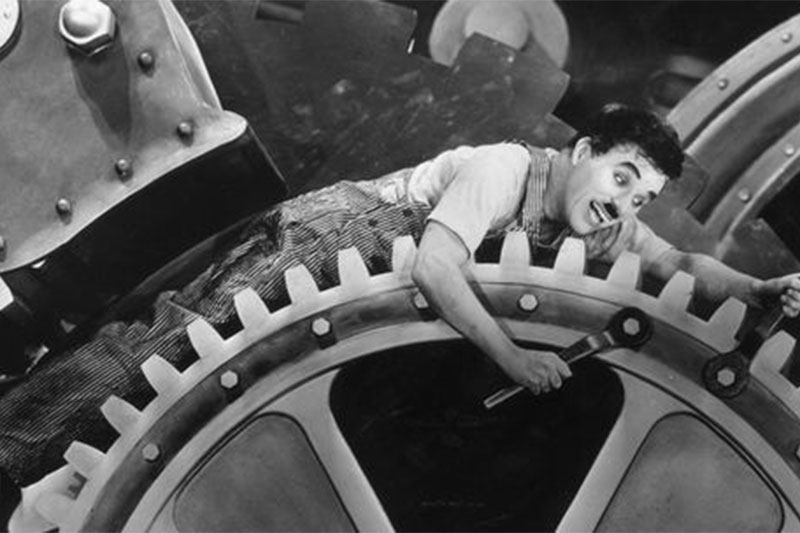