The Bophana Center is pleased to invite you to an information session about the 2014 Tropfest South East Asia Competition.

This roadshow is an introduction to Tropfest SEA for young and emerging filmmakers, film enthusiasts and aspiring filmmakers. We will be screening winning Tropfest films from Australia, New York, Arabia and South East Asia. There will be also a question and answer where we answer questions personally.

Tropfest is the largest film festival in the world. It started 20 years ago in Sydney, Australia and it is continuously growing bigger. Aside from Australia, the festival is now running at different countries like United States of America, Arabia and New Zealand. It is also starting to install territories in Japan, Paris, India and China, among others.

Tropfest recently had its South East Asian (SEA) arm. The first Tropfest SEA happened in January 2014 at Penang, Malaysia. The festival believes in the power of short films. It encourages young and emerging filmmakers of South East Asia to join and showcase their works to a bigger audience.

Entry is free. All are welcome. 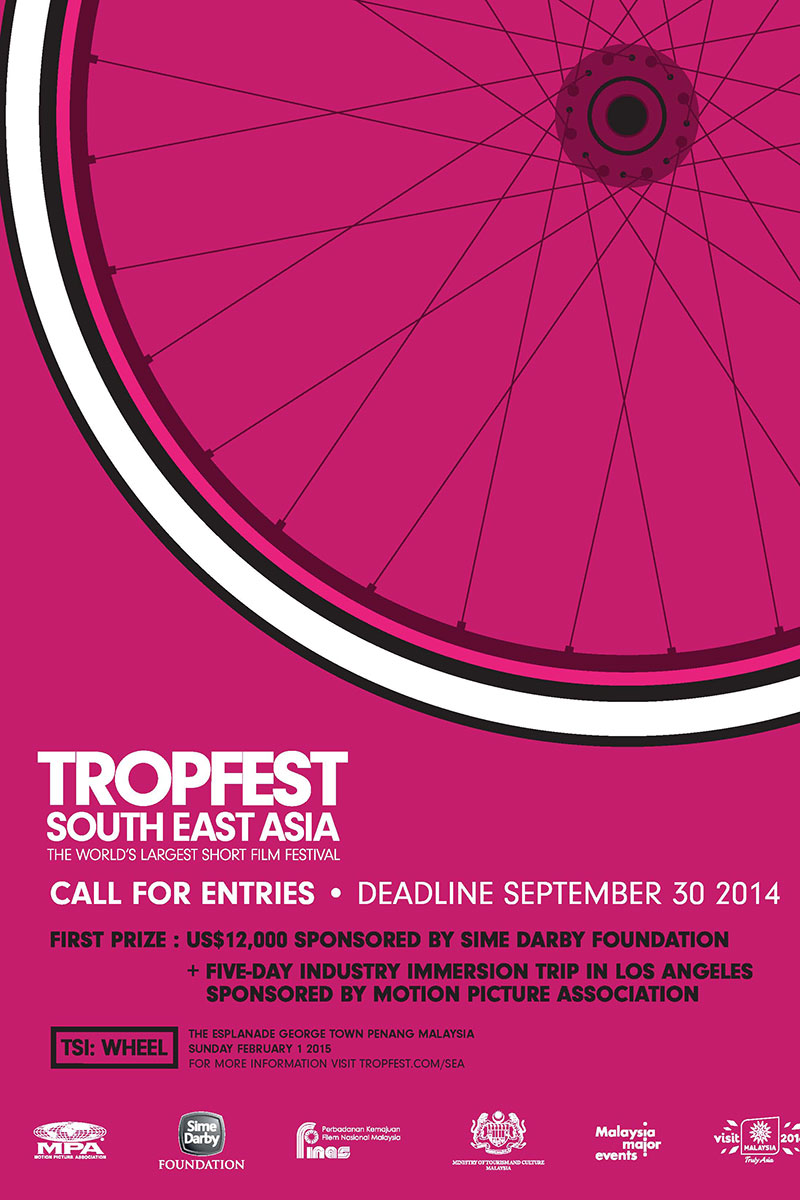