Mr. Chum Net lives in Pursat province. During the Sangkum Reastr Niyum, he studied at the elementary level and later he became a monk and studied at Puth Rangsey pagoda. He resigned from being a monk before the Khmer Rouge arrived. During the Khmer Rouge regime, he was forced to plow and tend cattle. His siblings were killed by the Khmer Rouge and he did not live with his parents. He was later evacuated to Boeng Sdok, where he worked as a blacksmith, and made bullock carts. 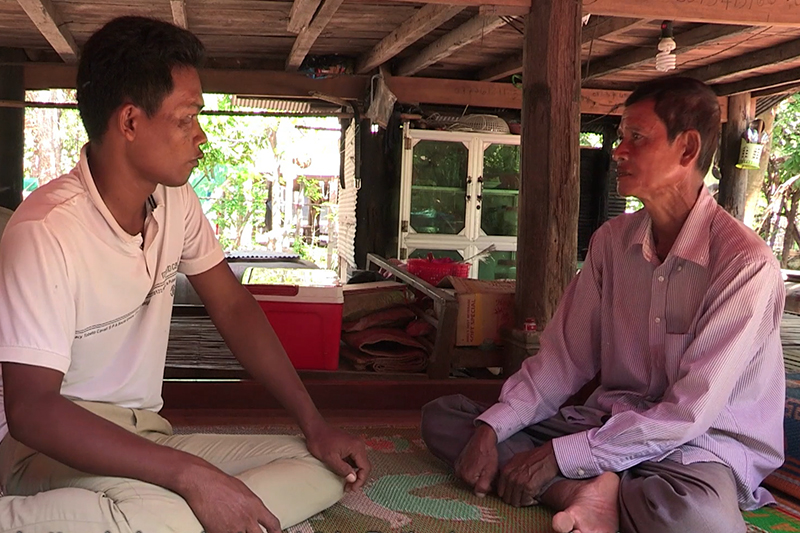