Mr. Rochom Nhong lives in Lea village, Romchor commune, Oyadav district, Ratanakiri province. During the Socialist era, he enlisted in the Communist army in Vietnam. He later returned to Cambodia, working with the Khmer Rouge with various positions. Although he served the Khmer Rouge, but he didn’t have much mindset in common with the Khmer Rouge. In other words, he was a good cadre for the people of the regime. He was eventually arrested and almost killed by the Khmer Rouge, but he escaped to Vietnam. There he became acquainted with some Vietnamese leaders, but he was not trusted. He was imprisoned until 1984 when he was deported back to his mother country. 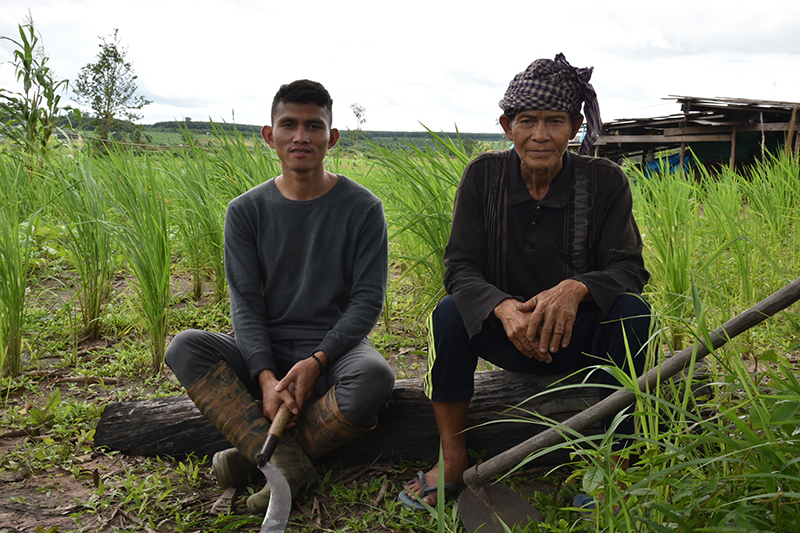