This special archive was donated to Bophana Center by Mr. Pou Thonevath

ARAK (Music of the spirits) Before being influenced by Hinduism and Buddhism from Kalinga (India), the Khmer people had a traditional belief from their ancestors: they believed in the soul, and nature, including water, land, fire, wind, ghosts, demons, and so on. It is understood that happiness or misery depends on them. They will punish when they are angry. In order to beg for forgiveness, the people have to prepare offerings and play music which is called ARAK (Music of the spirits). 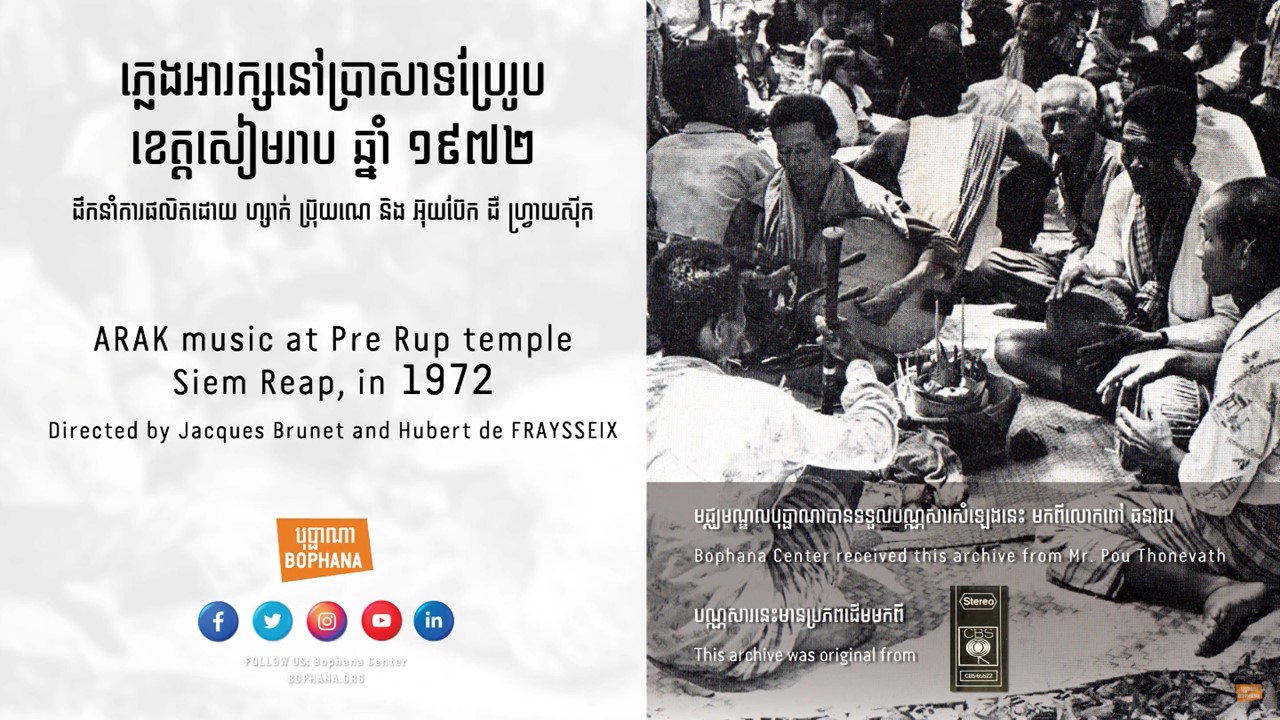