This music was performed by Mr. Hang Kin, directed and recorded by Jacques Brunet in 1972. This special collection is donated to Bophana Center by Mr. Pou Thonevath.

This instrument is called Takhe or Krapeu (crocodile) because the ancient Khmer made the instrument with a head in the shape of a crocodile, with open mouth, teeth, eyes, and ornamental details. Today they like to call this instrument Takhe, which is the Siamese word.

Today’s appearance is the result of centuries of chronic warfare, since the post-Angkor era.

Krapeu was played in the Mohari and Ayay musical ensembles, and today it is primarily played in wedding ensembles since it is easier to transport than the Chapei Dong Veng.

This is based on Cambodian Music, written by Mrs. Keo Narom, 2005. 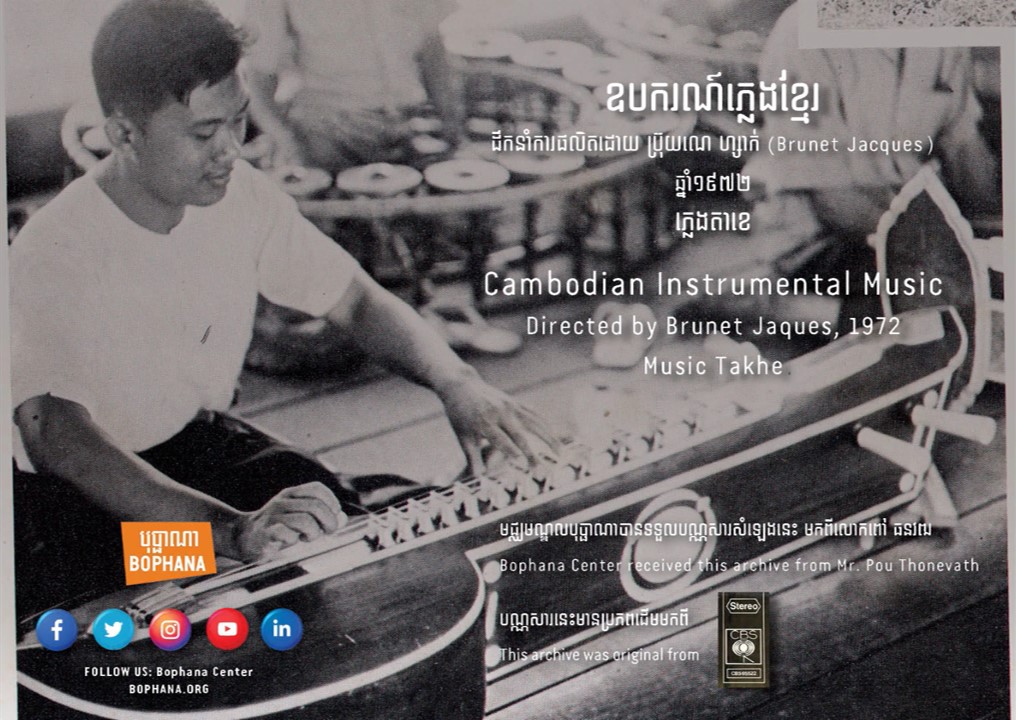