This is a classic song about Reamker, (Ramaketi or Ramayana) recorded in the 1960s. This archive shows only some scenes of the Ream Ker, not a complete story.

This was interpreted by Mr. Sinn Sisamouth, Mrs. Sin Samadekchho, Mrs. Em Theay and other artists.

Reamker is a heroic literary work with a long story, full of great sacrifice. This is a myth associated with a sacred deity that some people believe this is a must-see cult. This story originates from the Ramayana of India, written by Maharishi Valmiki in the 3rd century BC. After writing, Reamker was very popular and spread almost everywhere. Southeast Asia was influenced by this and it has become a solid foundation of culture, beliefs, customs and literature. In Cambodia, this story has influenced Cambodian society since the pre-Angkorian period. 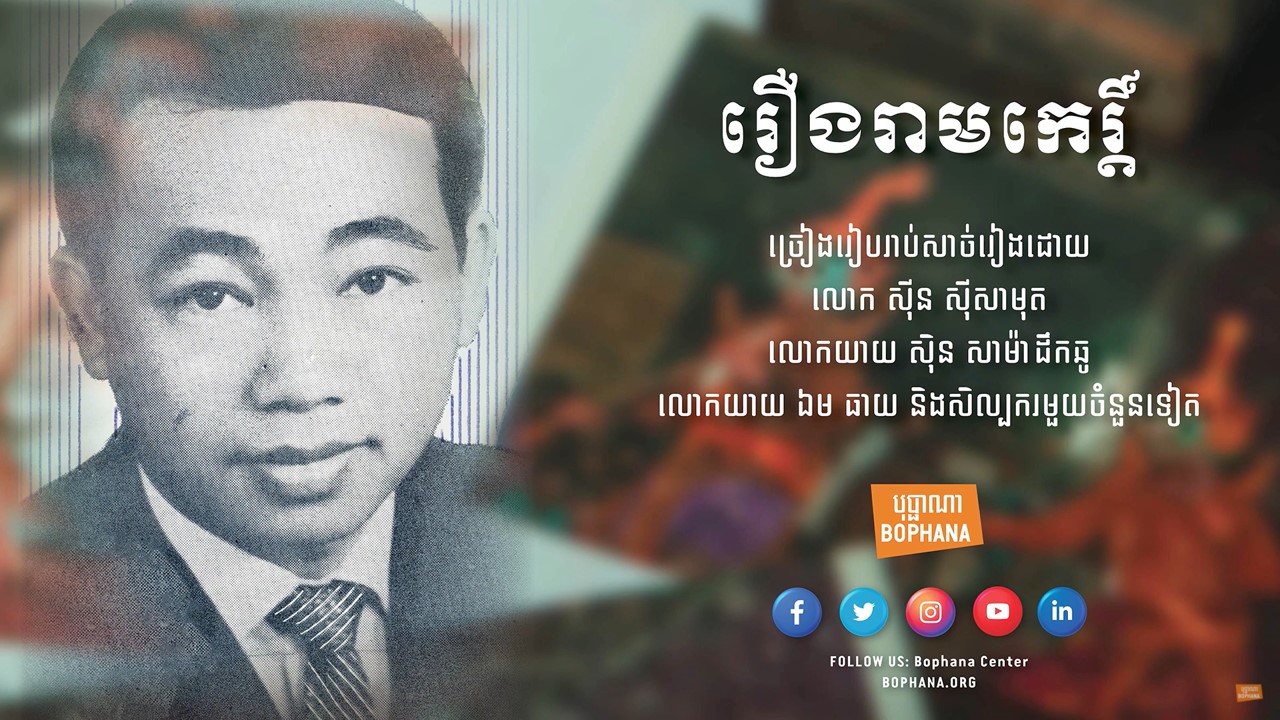