The second edition of the Indian Cinema Week will take place in Phnom Penh from June 22nd through June 26th, 2016. With 14 films and 14 screenings selected, including classics, blockbusters and awarded winning films from India are going to be screened in the prestigious Chaktomuk Theater. The overall selection is very audience friendly with some family-oriented films as well as typical and non-typical Bollywood comedy actions, musical and drama.

The Festival is initiated and supported by the Cultural Section of the Embassy of India in Phnom Penh and organized by two non-profit organizations dedicated to develop film activities: the Bophana Center and the Cambodia Film Commission. The event is also supported by the Ministry of culture and Fine Arts of Cambodia. 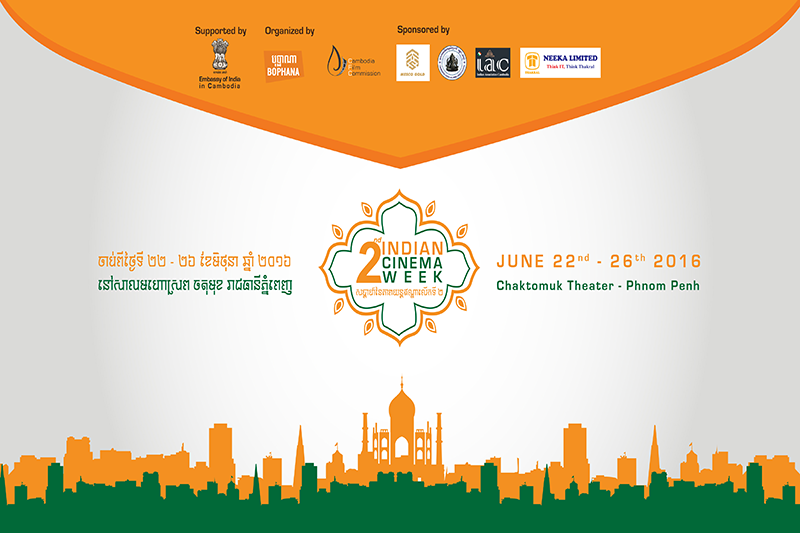