Minister of Papaya
Directed by Roeun Narith, 8 min, 2013, Khmer version with English subtitles
Far from being a cliché account of misery and misfortune, The Minister of Papaya is first and foremost the story of a man full of energy and entrepreneurial drive. With his sharp sense of humor and his colorful motorbike, Bora shows that this enthusiasm and his creativity are the motivation for his optimism in daily life.

The Guide Boy
Directed by Phally Ngoeum , 8min, 2015, Khmer version with English subtitles
Chre, a 12 year-old boy, is a tour guide. Living on a small mountain known for its fairy tale and Khmer Rouge history, he guides local tourists and earns little money to live. After his mother’s death when he was 2 years old and his sister’s migration to Thailand, he is the sole person to take care of his sick father.

Absence
Directed by Mathieu Peng , 27min, 2007, French version with Khmer subtitles
Mathieu Pheng is a French national of Khmer descent. His family left Cambodia in 1970 because of the civil war. Afterwards, he came back to meet some of his family members who had stayed in Cambodia. He relates his experiences to them about the exile. Some of his relatives who have stayed in Cambodia recall their memories of suffering, torture and the family’s separation under the Khmer Rouge.

For the screening, we thank you for your kind contribution in our donation box at the Bophana Center.
All are welcome. 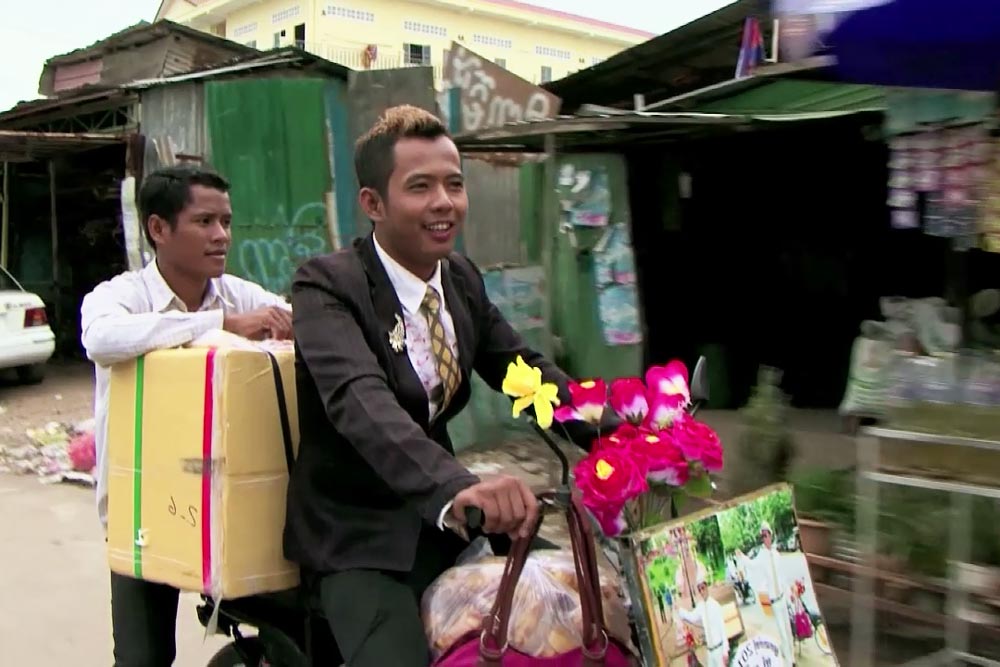