In France, this film was the greatest success of the year 1937 in cinema theaters. Starring great actors Jean Gabin, Pierre Fresnay and Erich von Stroheim, it tells the story of two French soldiers captured and imprisoned in a German P.O.W. camp during the First World War. They try to escape several times until they are transferred to a seemingly impenetrable fortress from which it seems impossible to escape. This film is known for its stances against nationalisms, anti-Semitism and against war. As a consequence this film was forbidden under the Nazi regime and in the German-occupied France. 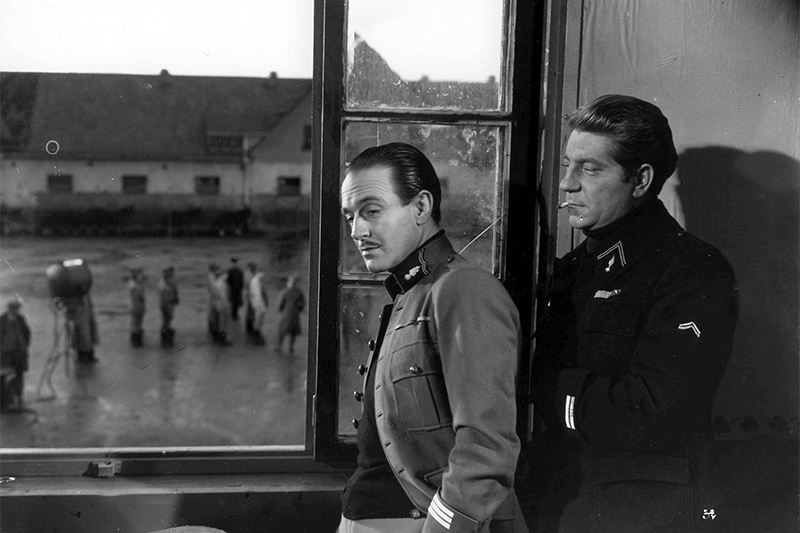