This is the interview with a monkey dance teacher, Yit Sarin at his house at Wat Svay Andet in Kandal Province in 2008. Because of his mother, he could learn monkey dance at Wat Svay Andet. Fortunately, when he was 13 years old, during the water festival, he was chosen by Queen Sisowath Kossamak Nearyroth to live and study Royal Ballet in the Royal Palace. In this video, he also shows the work of his students at Wat Svay Andet, as well as monkey dance equipment. 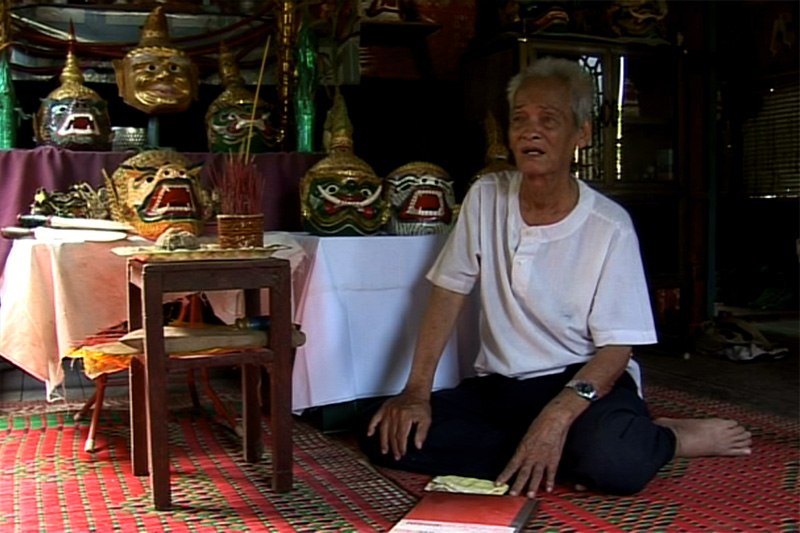