Abstract
The reign of king Sisowath (1904-1927) is the period that left the more iconographic archives to document the history of Cambodian court dance (nowadays known as royal ballet or classical dance). The Bophana Center is home for most of the oldest movies ever made of these dancers who fascinated foreign public during France’s Colonial exhibitions in the first half of the 20th century. This presentation will help decrypt some of these “moving archives” by explaining their context and content. It will also highlight the specificity of the ancient gestures and costumes captured in the movies with demonstrations by Serei Vankosaun, a renowned dancer who figured in princess Norodom Buppha Devi’s last choreographies depicting the ancient dance style as embodied history.

Speaker
Dr Lucie Labbé is a cultural anthropologist whose work is currently supported by the Center for Khmer Studies (CKS). She is also affiliated to the Centre Asie du Sud-Est (CNRS, EHESS, INALCO) in Paris. Her research deals with Khmer royal -or classical- dance with particular attention to apprenticeship, its technics and rituals, as well as to the relations between aesthetics and authority. For these past years, she has also been documenting extensively the colonial history and iconography of royal Cambodian dancers as a post-doctoral research funded by the CKS and the EFEO (École Française d’Extrême-Orient). 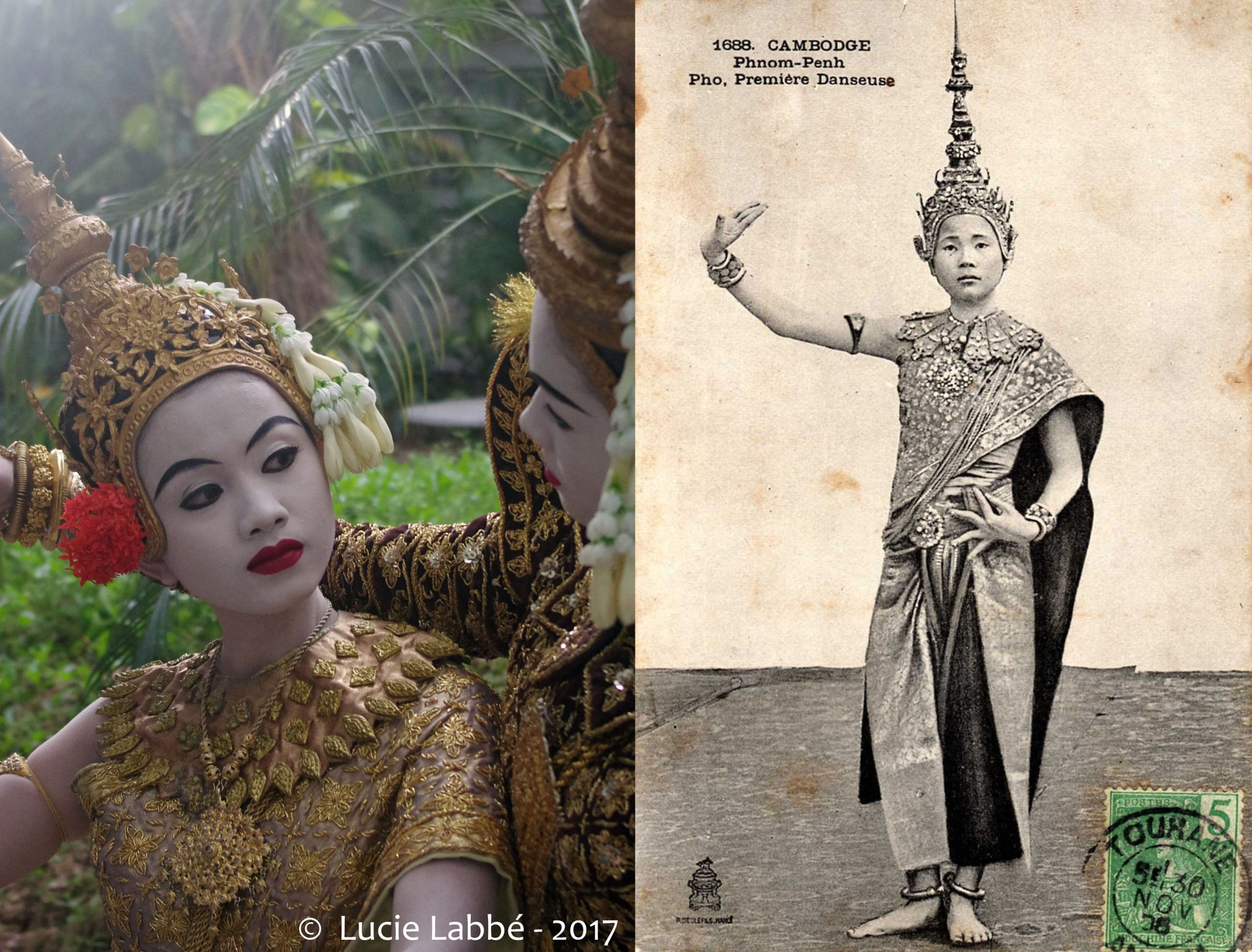