Now on its second year in Southeast Asia, Tropfest SEA, the world’s largest short-film competition and festival, has been holding road shows in major cities around the region.

While in Phnom Penh, Lisa Case and Joel Jayaruben, business and communications director of Tropfest SEA respectively, stopped by the Bophana Center and talked about the rawness and authenticity of the stories of previous years. They both encouraged filmmakers—especially the emerging talents—to join and seize the opportunity to showcase their flair for storytelling to a global audience through Tropfest. Entries can be submitted electronically until 30 September.

During the evening, they also presented a prime selection of short films of finalists and winners from across the globe.
For more information visit http://www.tropfest.com/sea or follow @TropfestSEA. 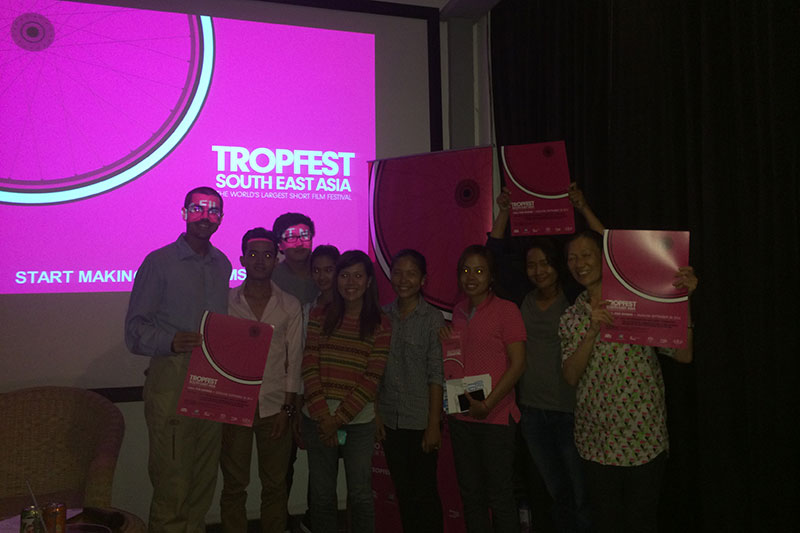