Mrs. Heng speaks about her married life under the Khmer Rouge regime. On April 17, 1975, she was forced to evacuate from Phnom Penh to the countryside. In early 1976, she was forced into marriage in a cooperative in Battambang province. She was informed only one day before the wedding date. There was no traditional ceremony. The couple held hands and made their marriage commitment statement before Khmer Rouge cadres. At night, there were spies underneath the newlyweds’ house to check if they made love. If the couple didn’t do so, they were punished. 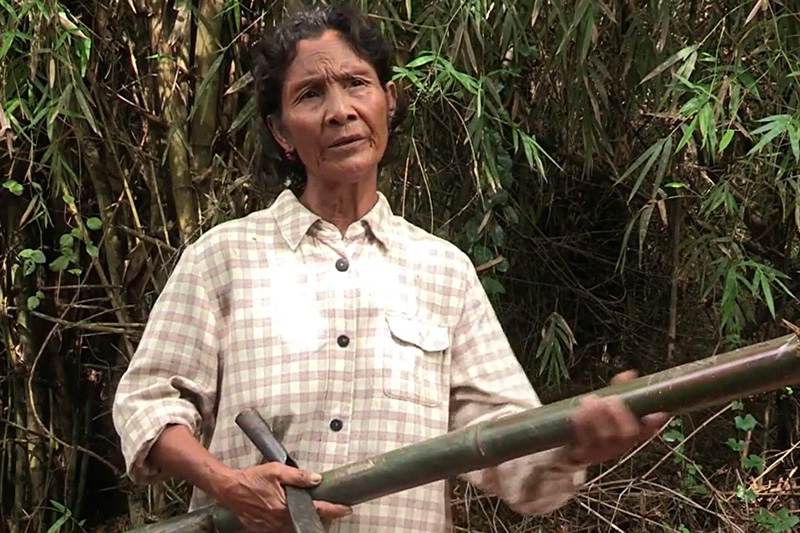