When the Khmer Rouge arrived, Mr. It Sam Oeun’s family and all the villagers were evacuated from Prey Veng village to Kantuot Char village, Choam Ksan district, Preah Vihear province. In 1983, he enlisted in the Khmer Rouge army and took up arms to join the fight against the Vietnamese invasion. In 1989, a negotiation between Khieu Samphan and Hun Sen took place in Paris and the war ended. He retired from the military in 1998 and returned to his hometown in 1999. 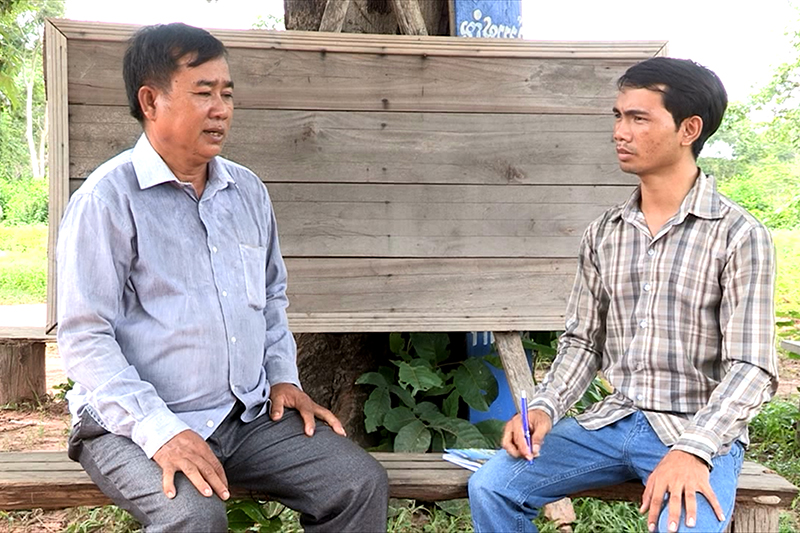