During the Khmer Rouge era, Mr. It Vot was ordered by the Khmer Rouge to cut down Siam weed trees to make fertilizer. During that time, he learned little while taking break from work. The Khmer Rouge taught him about communist ideology and cultivated hatred for the Vietnamese. After January 7, he joined the Khmer Rouge army on the Thai border. But after the integration, he resigned as a soldier and returned to his hometown for farming. 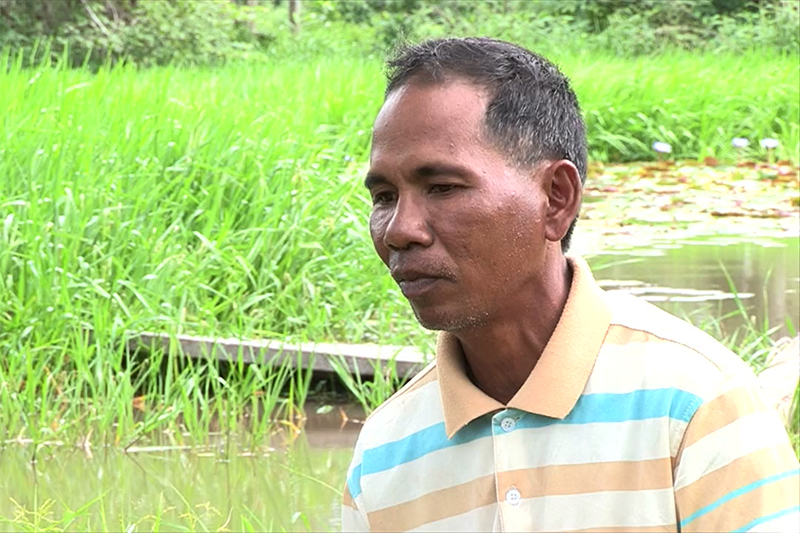