Before the Khmer Rouge, Mr. Som Ry lived in Phnom Penh. In the Khmer Rouge, he joined the children’s unit, which had to do a lot of works, such as building dams, making fertilizer, and so on. Because the works in the children’s unit were too difficult, he and a few of his friends fled to the mountain to tend cattle with the old men. However, living in his cooperative was much easier because he had enough food. 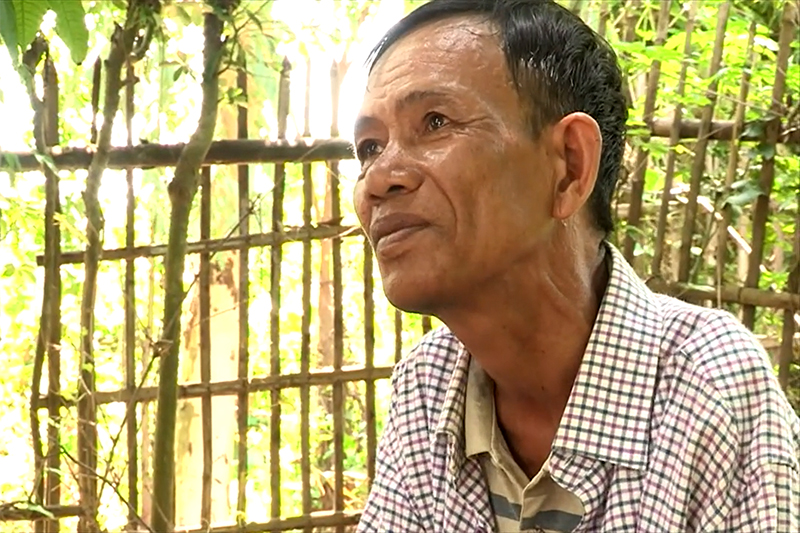