Mr. Tim Le is 60 years old and was ordained a monk at the time of Lon Nol. Then, the Khmer Rouge defrocked him and put him in a mobile unit. He had to work in distant regions like Varin. He was persecuted and had to run behind a horse while being tied up after running away from his unit. Then he was released and reinstated in his mobile unit. He never had enough food to eat while he worked day and night. 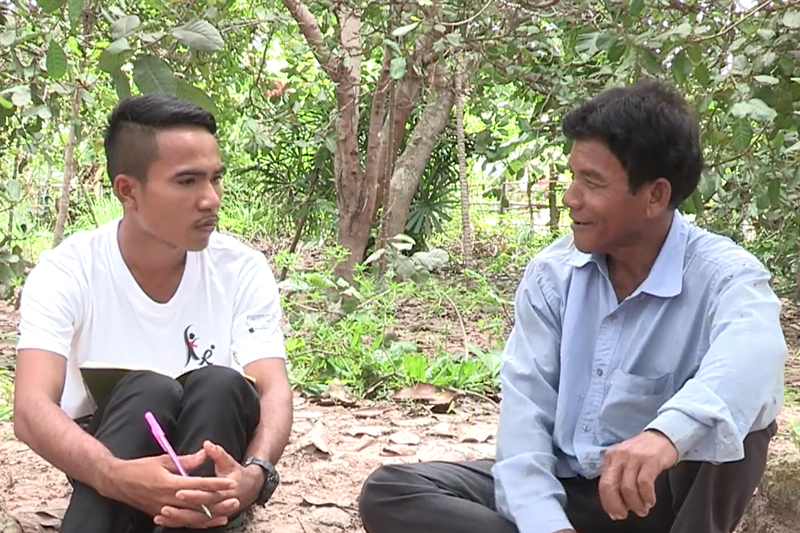