Mrs. Preap Deang is 86 years old and has four children. In the Khmer Rouge, she had to work hard, ate only porridge and worked until late night. In addition, she also saw many carts full of old and young people who would be killed. She added that even after the Khmer Rouge, some people were still suffering because the war was still ongoing and she did not want another war because she was miserable enough. 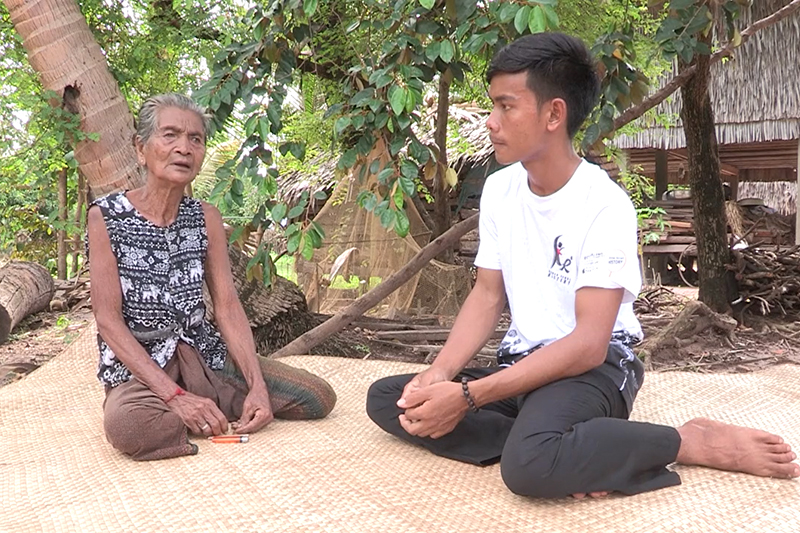