After the coup d’état overthrew Sihanouk, the people were caught and forced to become soldiers. In 1970, Mr. Kong Yoeun joined the Lon Nol army. After the Khmer Rouge won, he laid down his arms and joined the Khmer Rouge army. During his military work, he often went to the front lines, injuring his knee and leaving scars to this day. 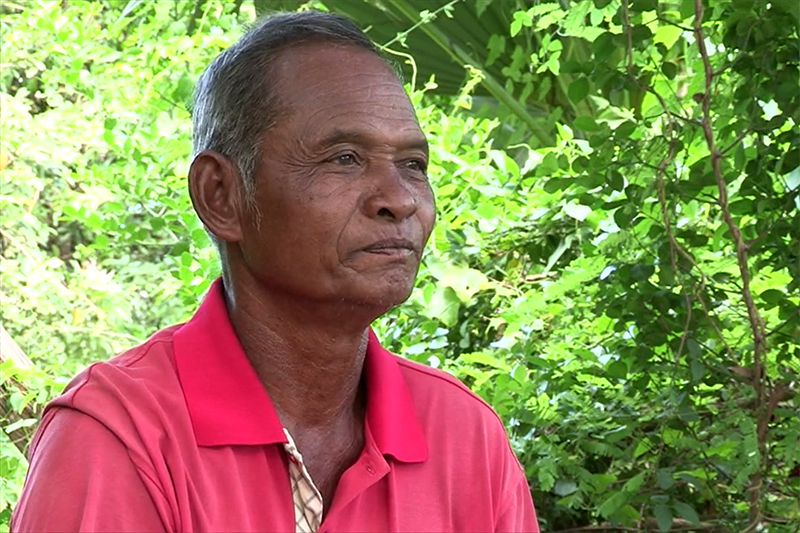