Mr. Ma Tin is a native of Ratanakiri province’s Lumphat district. During the Khmer Issarak, he learned a little at camp in the jungle. In 1967, Khmer Issarak announced on the radio convincing people to buy salt and rice because there would be war in the country. In 1968, his family, and many others, fled into the jungle. During the Khmer Rouge regime, his father was killed by the Khmer Rouge, accusing him of being a powerful speaker, having job from the old regime, and being able to speak three languages: Khmer, Lao and Tampuon. 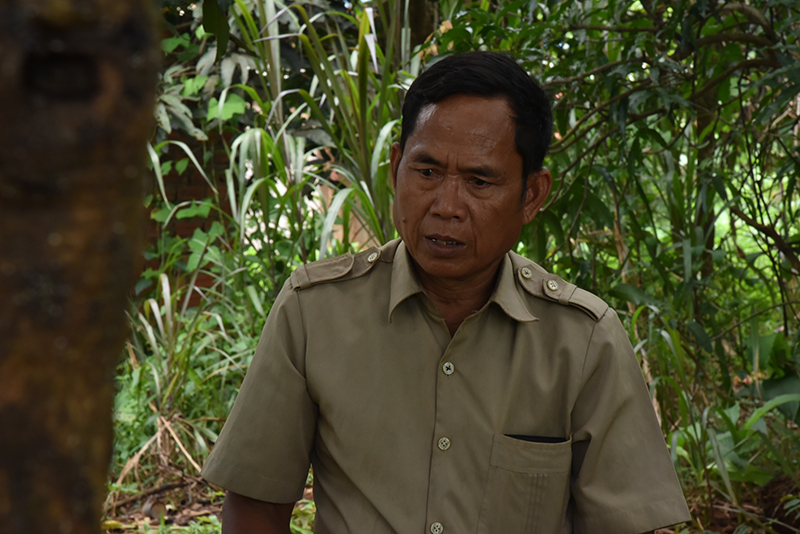