Bophana Center is pleased to present a soundtrack of Sa Deav performed by Mr. Uk Horn in 1972, on the occasion of the new year.

Sa Deav (One single string) is played in the Arak and marriage musical ensembles. Especially in quiet nights in the countryside, when the sound of Sa Deav rises up as a single melancholy sound, it attracts the listeners.

According to Keo Narom’s book on the heritage of Khmer music, we can see that this musical instrument can be seen in the carvings of the ancient Khmer temples, especially in the carvings displaying at the National Museum in Phnom Penh (K- 1757, C-30.22) with the Sambor Prei Kuk style in the 7th century. 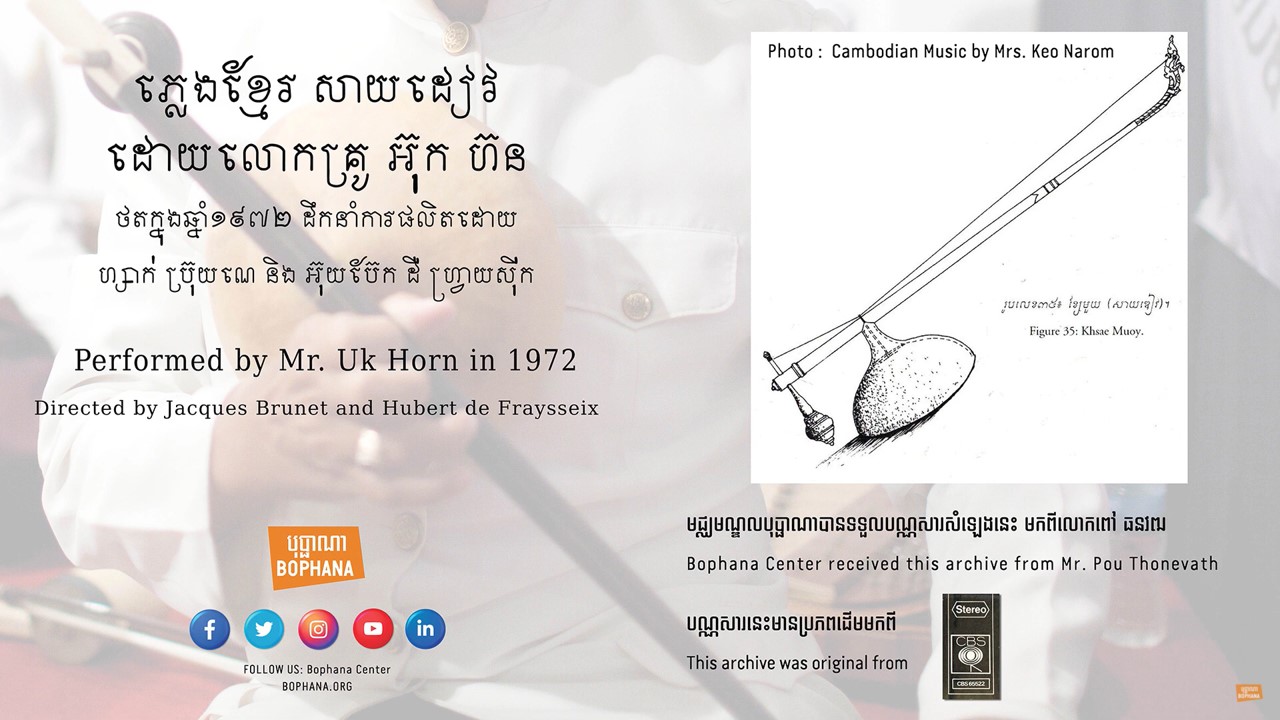