1. “Shadow of Banyan”
Directed by Prom Sophy, 1995, 20 min, Khmer version with French subtitles
Mr. Mao Kin calls up his souvenirs of the National Library of Phnom Penh, before, during and after the Khmer Rouge. As a former member of the staffs of the Library, he is worried about the future of Cambodia and the perpetuation of the habits of reading among the new generations.

2. “The manuscripts on the leaves of Latania tree”
Directed by Sok Sophal, 2001, 17 min, Khmer version
Latania-leave manuscripts made of Latania’s leaves originally are from India. These manuscripts are the original documents which our ancestors wrote down. They can last for a long time, and belong to the country’s memory. 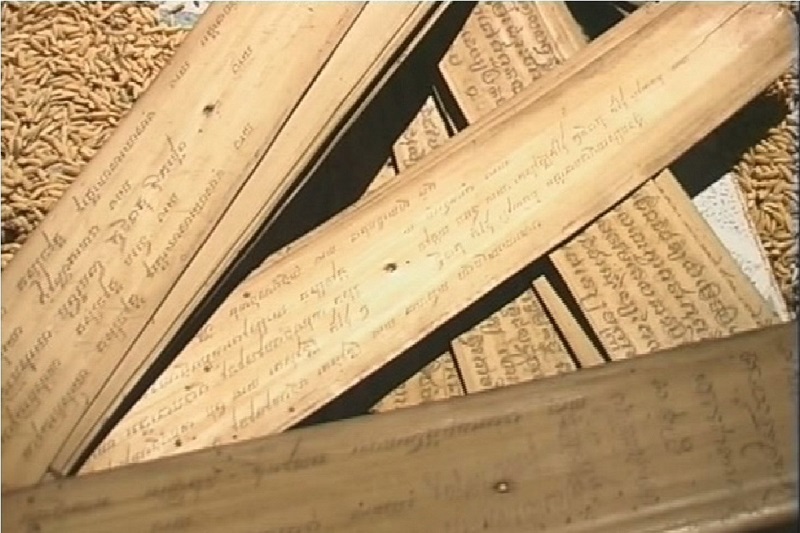