On the occasion of the Royal Ploughing Ceremony :

Royal Ploughing Ceremony in 1958
Family film by Michel Laloue, 2min, 1958, Silent
In Cambodia, the royal ploughing ceremony, or “Bon Chroat Prah Nongkoal”, is held each year in May at the beginning of the sowing and planting season.

The National Museum
Produced by Cinema and Cultural Diffusion Department, 21min, 2003, Khmer version
Founded by George Groslier, the National Museum was inaugurated by King Sisowath and the resident superieur, Baudin in 1920, at Khmer New Year and craft and research on its evaluation. 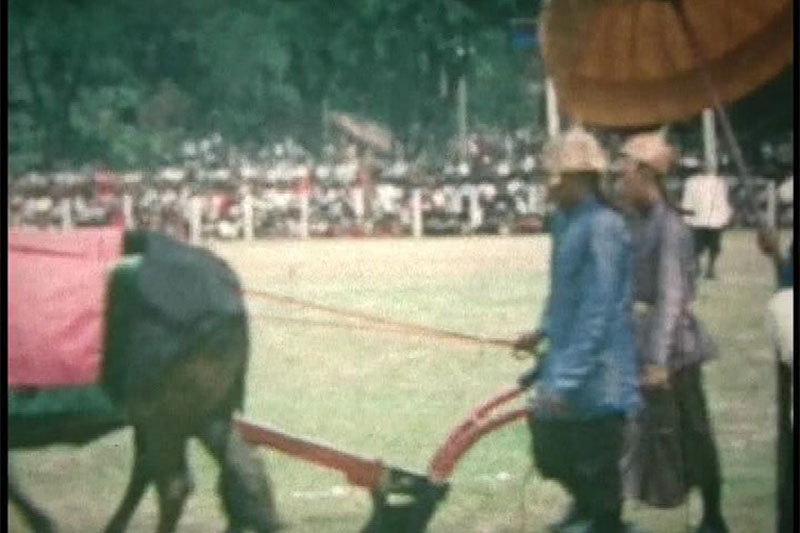