They are afraid to go home to Cambodia. They can't go to a third country. And in the long run, they can't stay where they are. That's the dilemma facing more than 250,00 Cambodians in camps on the Thai-Cambodian border. Waiting for Cambodia, a one-hour documentary presented nationally on PBS (1988), examines the political stalemate that keeps the camps full as well as the impressive efforts of the Cambodian people to preserve their threatened heritage of dance under the constant threat of Vietnamese artillery. Film¬makers David A. Feingold and Shari Robertson spent 4 months in the border camps over a 2 year period, capturing on film some of the results of the policy which Cong. Stephen Solarz sums up: "We want to make Cambodia Vietnam's Vietnam." 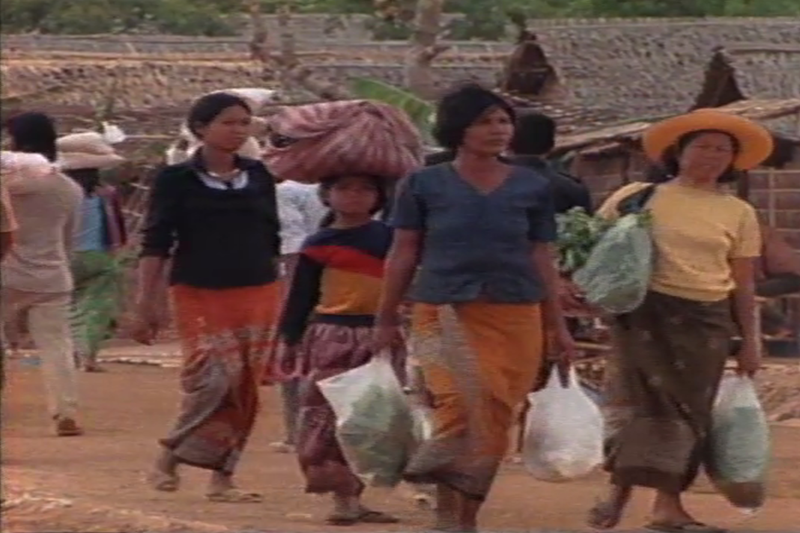