Because of poverty and civil war, Mrs. DOEUK Som couldn’t go to school. In 1974, Khmer Rouge soldiers arrived to her village in Pursat province and made inhabitants go to the forest with them. The Khmer Rouge indoctrinated the villagers in their ideology and sent them to fight against Lon Nol’s forces barehanded. After the victory of Khmer Rouge, she, like other Cambodians, was sent to build dikes and canals. She was arrested and imprisoned in 1977 after being accused a traitor. She was tortured with electric shocks and forced to do heavy labor until mid-1978. A few months later, she was forced to get married. Her husband left her with their children after the collapse of the Khmer Rouge regime. 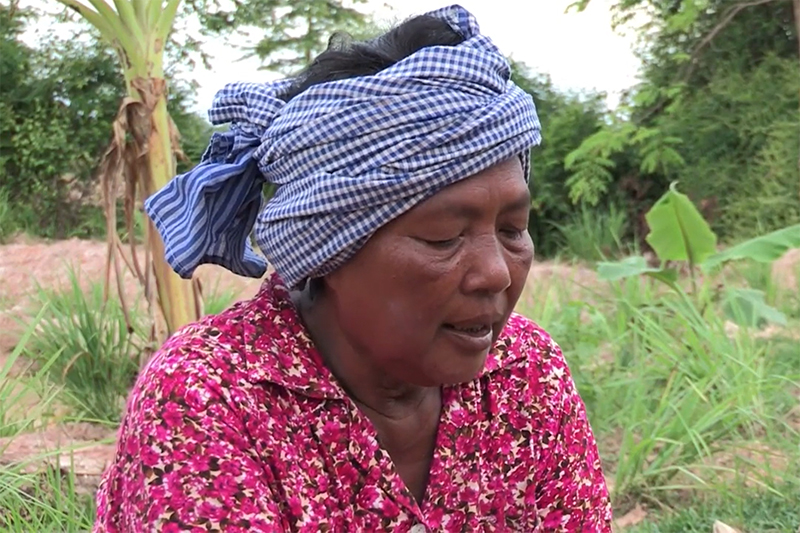