Mrs. SOT Lah, a 57-year-old Khmer Muslim, is interviewed by the psychotherapist YIM Sotheary about her life under the Khmer Rouge regime. Because of her ethnicity, she was badly treated by the Khmer Rouge and ‘Old People’. She was evacuated to Chhouk of Kampot province, where she was forced to get married in late 1975. 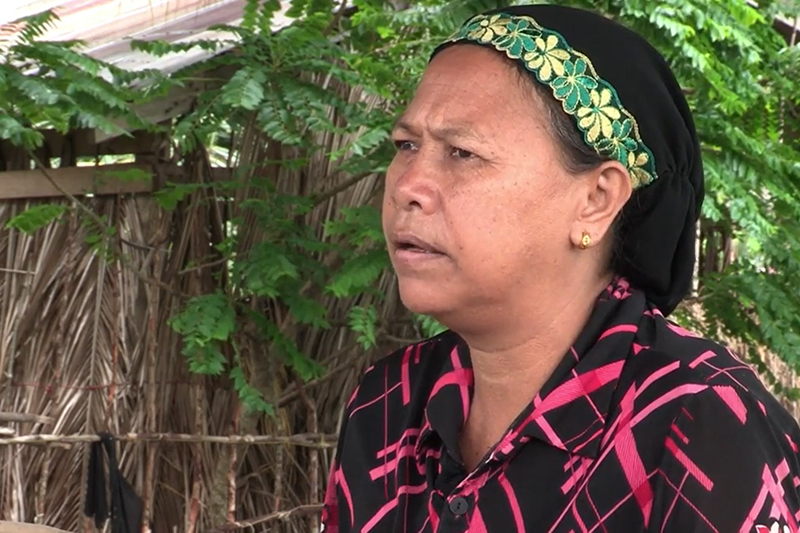