In 1975, Mrs. TEU Ry was taken by the Khmer Rouge to Koh Kchorng. Due to her Cham ethnic identity, she suffered a lot: she was forced to eat pork, cut her hairs, and do heavy labor. The Khmer Rouge forced her to get married to a stranger. There were around 20 couples at that time. Fortunately, her selected husband didn’t show up. He escaped to Vietnam. Mrs. Teu was sent to a Khmer Rouge prison in Koh Kchorng where she witnessed cruelties committed by Khmer Rouge guards, who killed prisoners and ate their intestines. 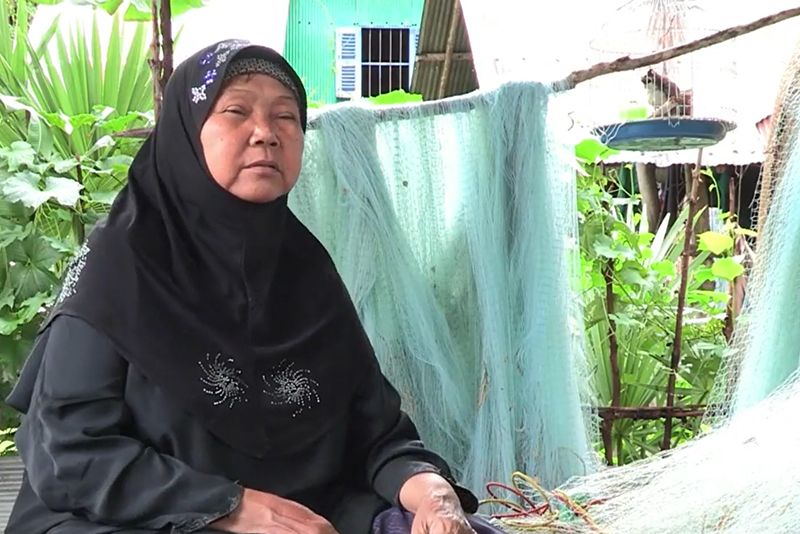