Mrs. Chan Phally is the fifth child of seven siblings and completed 12th grade at school. Before the Khmer Rouge era, she and her family fled to Svay Rieng town for safety. After the Khmer Rouge victory, the Khmer Rouge evacuated them to the countryside and treated them as New People. She worked in a mobile unit and lived apart from her parents. The Khmer Rouge repeatedly intended to kill her but never achieved. She was later forced to marry, but was rescued by the head of her unit. 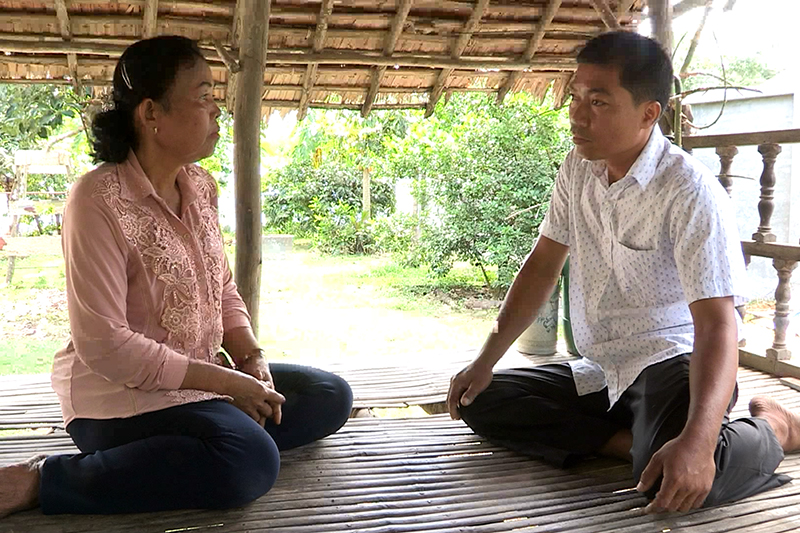