Mr. Chap Chheuy was born in Khleng Kong village, Boeung Dol commune, Preah Sdach district, Prey Veng province and has nine siblings. He was a monk for two years and used to be the village youth leader. In 1972, he joined the Khmer Rouge army against Lon Nol, but did not know that he was working for the Khmer Rouge, assuming that he would serve Samdech Ta. In 1976, he was wounded after the war and married in 1977. 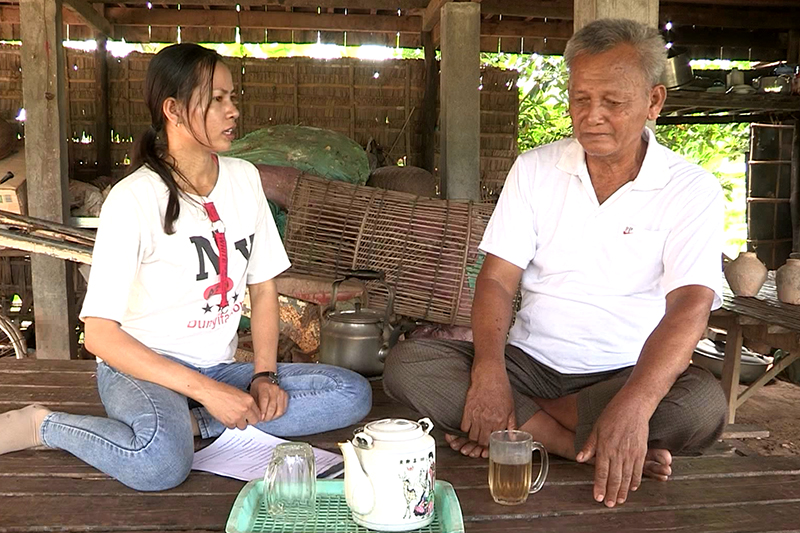