Mr. Pho Hong lives in Tbaeng village, Siem Reap. He has eight children and is now engaged in farming. In 1970, many people in his village were taken to the battlefield to transport food for the Khmer Rouge. Until the Khmer Rouge era, he worked in a transportation group that was tasked with transporting food or seedlings to rice farmers. During the Khmer Rouge regime, he lost three relatives, including his biological brother. 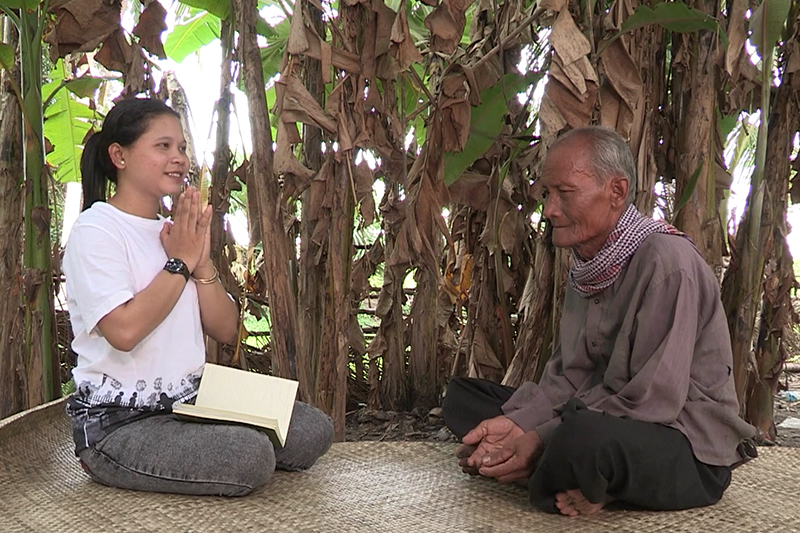