AFI DOCS is an international documentary festival in the United States.

Documentaries in the festival are seen by influential audiences that have the ability to shape our society such as cultural leaders, senators, congresspersons and Supreme Court Justices.

Screenings during this annual five day event take place in landmark venues in Washington, DC and the world-class AFI Silver Theatre, the independent film hub of the metropolitan region.

The film is produced in cooperation between French Tipasa Production and Cambodian Bophana Production with ARTE FRANCE.

This documentary exposes Cambodia’s prevalent human trafficking system, a large network in which huge numbers of young Cambodian women are sold as slaves to various countries such as Malaysia, Taiwan and Thailand. “Storm makers” refers to the system and the people that evoke tears in its victims, predominantly poor and uneducated young women and their parents.

The film focuses on three people in different positions to reveal the workings and effects of human trafficking. Aya, who was exploited for two years in Malaysia and became pregnant after being raped, Ming Dy, who sold his daughter and Pou Houy, a professional dealer who has recruited and sold over 500 women. After throwing the women into hell, Pou Houy goes to church and hopes to attain salvation. Aya’s confession that she abuses her baby because the baby reminds her of her trauma is painful to hear.

The composed camera seems to request not immediate rage or sympathy, but rationality that will grasp the details of trafficking and help stop the “storm makers.” 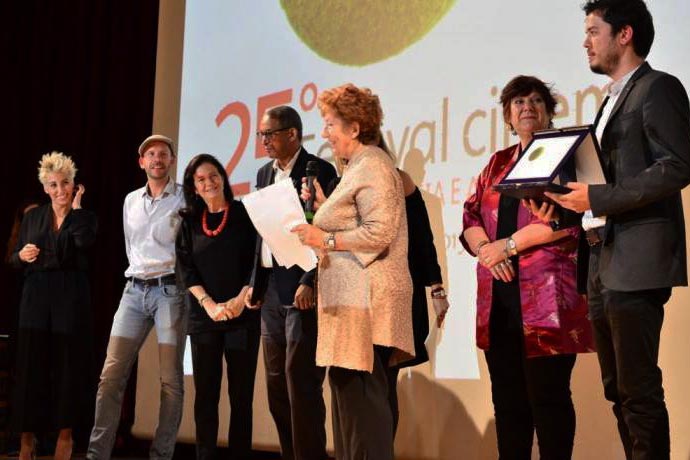